It was Friday 13th of Rajab 30 Amulfeel. Hazrat Fatima binte Asad, the wife of Hazrat Abu Talib entered the precincts of the Kaaba and prayed to Allah saying ‘O my protector ease my pain.’ All of a sudden the wall of the Kaaba opened up and she, as if by some unseen force went inside the Kaaba and the wall closed. Ali (AS) the youngest son of Abu Talib was born inside the Holy Kaaba. She stayed inside for three days. On the 3rd day she came out through the door and Muhammad was waiting outside. She told Muhammad (SA) that the boy had not taken any milk. Muhammad gave him the first feed from his mouth and afterwards asked his uncle Abu Talib that he wished to adopt the baby. Ali entered the house of Muhammad from the very first day of his birth. Ali’s mother Fatima binte Assad Also lived there who looked after his own son as well as Muhammad(SA) so much so that later the Holy Prophet used to say that she was like his own mother.

Selection of saying by Imam Ali (A)

During civil disturbance adopt such an attitude that people do not attach any importance to you – they neither burden you with complicated affairs, nor try to derive any advantage out of you.

Whoever wants to be a leader should educate himself before educating others. Before preaching to others he should first practice himself. Whoever educates himself and improves his own morals is superior to the man who tries to teach and train others.

He who is greedy is disgraced; he who discloses his hardship will always be humiliated; he who has no control over his tongue will often have to face discomfort.

Unfortunate is he who cannot gain a few sincere friends during his life and more unfortunate is the one who has gained them and then lost them (through his deeds).

Often your utterances and expressions of your face leak out the secrets of your hidden thoughts.

Jafria Online Quran Center is an Online Shia Isna-Ashri Quran Center, established in 2012. To serve momineens, We have many shia students from UK, USA, Canada, Australia & all over the world. Which are having classes from our Male/Female teachers.

Fill the form to apply for trial classes. 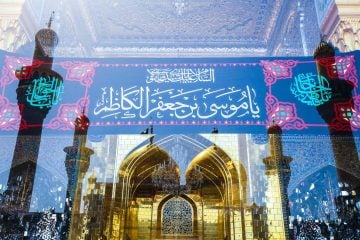